Emotionally Detached Women: How to Spot and How to Deal

Why Do Women Become Emotionally Unavailable?

Let’s start with a question ‘what is emotional unavailability’ in order to understand the root of a problem. According to psychiatrists and therapists, this pattern can be defined as a complete exclusion of emotions from a certain field (job, family relationships, etc.) So now that we know more or less about the phenomenon, I suggest that we apply the pattern to everyday life. Every one of us at least once in a lifetime has dealt with emotionally unavailable people. They seem rigid, cold, unstable and definitely not inviting. But some of us are damaged even more – because a lot of people, actually, grow in families of emotionally unavailable relatives without even knowing it.

And the greatest damage goes to daughters, whose mothers were detached at the moments of upbringing. Those girls will have several problems in the future, like low self-esteem, complete inability to stand for their words, and the everlasting urge to search for validation.

So why do women become emotionally cold in the first place? An emotionally unavailable woman is hard to read, that’s why when a therapist asks her about her parents, the answer will be vague and short: ‘They were normal.’ Emotionally detached people cannot trace problems within their family, because they have never paid too much attention to the things people said, they have a block towards actions, events and sphere of feelings as a whole. In most cases, children become cold at a very young age, because such pattern was the only one to be seen in their families. Parents never gave any credits to their children, no dinners or celebrations took place either.

When a child grows up in an atmosphere of coldness and indifference, he or she will inevitably block any feelings, because they will be thought of as unnatural and wild; any words of endearment or validation will never be heard from those people as they simply had been taught to keep emotions inside. And when emotions are kept inside for a critically long time, we get an explosive hysterical manifestation of feelings, or they are suppressed and fought forever.

A mother will never acknowledge her daughter’s feelings and her child won’t hear any words of cheering or support, because the mother is so immature to the point she will think “I’ve never heard good words, so my daughter won’t get more than me. I WAS HURT. ME.” In fact, rigid reactions are the pinnacle of selfish and egocentric behavior. An inner child of cold mothers will compete with a factual physical child. For now they are siblings, who still search for validation together.

Emotionally unavailable women can become such as a result of abusive relationships in adult age. Women who suffer from domestic violence will not search for passionate feelings as they will be associated with rage, consequently, with danger. Their position is “I will turn down people before they hurt me”. Love was being suppressed for a long time. Let’s observe one interesting example. Your cat is being naughty. It tries to damage the furniture. When you spray the animal with water, it will remember the situation that gave stress, and never do it over and over again. In fact, a cat will be afraid of water as a sign of torture. 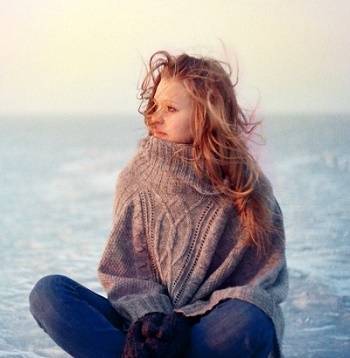 Transforming into a human language, a woman used to be loving and initiate an action, but once you answer an unwanted action with a firm reaction, an animal basic way of defense will work every time. In this case water is your cold shoulder. You punish a person for loving you. And the only natural reaction will be a detachment from a subject or object of torture. If a woman was beaten or yelled at for the manifestation of her emotions, she will never try to trap into a similar situation in order not to be hurt one more time. One method of defense works for every human being equally.

How To Spot An Emotionally Detached Woman?

If the signs, listed above are not found, then, congrats, you have a pretty healthy relationship, but if most of the signs are checked, than you better learn how to deal with such a woman in the next passage:

How To Deal With Emotionally Unavailable Women

Plan A or Plan B?

Plan B: All right, my dear! You love her, love her, love her! You've thought about it and it's too late to get out. If you really want her and are sure of it, I'll help you get there. In what follows, I will talk about the characteristics that these women find attractive.

Characteristics she is attracted to

As someone who dislikes emotional intimacy, she is attracted to a self-sufficient man. It's extremely attractive and relaxing for her to know that he won't need much emotional or financial support from her. He can handle his own life and satisfy his own needs by himself, including both emotional and material needs. For example, if one of his needs is to have 10 pairs of new shoes a month, he’ll have the financial resources to buy them. If one of his needs is to feel happy and fulfilled, he’ll have a social network in place. And, most importantly, he’s able to be happy just by himself. He doesn't need a friend or a woman to make him feel good. He's financially and emotionally self-sufficient.

This goes more along the line of being a man who has his own goals in life and who wants to achieve things on his own. For some men, having a happy family, being a good father and a good husband are what they want to have. This is an admirable dream! But for her, this is not very attractive. A self-centered woman likes a man who wants to create his own interesting, adventurous, exciting world that she can be part of, rather than the other way around. Therefore, an independent man who wants to focus on non-family oriented goals will be what she's looking for. Do not forget –she is emotionally unavailable.

Attractive Characteristic #3: Non-Caring (and I'm not kidding about this one!)

Being caring is a good quality to have, but not in the case of dating and having a relationship with a woman who's afraid of intimate relationships. When a man lets his nurturing side and caring personality surface, she will be on guard, suspicious, and try everything to resist his attempts to soften her up. Leave her be! Let her know that if she needs something, you'll be there.

Finally, the Million Dollar Question, “Can I change her?”

Yes and No! I know I'm starting to sound like a politician, but I won't be cynical here and say you can never change her. Give both of you a chance! Here's the way to change her, provided that she can be changed: Have a talk with her and cover the following things:

Help Her And Don’t Leave Her

Finally, the most important part is to give her a deadline. I think anywhere between 3 and 6 months is a good time table. You can say this, “I really want to work this out during the next … months. I sure hope you can become more emotionally open with me by then. But I know that I can't change who you are. If by the end of … months, we still can't solve this problem, I will have to regretfully walk away.”

If after that time period, you have noticed that she made a big effort to be more emotionally open with you, CONGRATULATIONS, you've found a good woman who loves you and who is willing to change for you.

If after that time period, she hasn't changed how she behaves, I want to say this: You deserve to be in a relationship that makes you happy. She has proven to you that she won't change. Giving her more time won't turn her around. Either she's willing to make the efforts or she isn't. So, accept the fact that she is not the woman who can truly make you happy and move on. It will be painful for a while, but trust me, time will heal the wounds.