How to Deal with Emotional Abuse in a Relationship

Since childhood, each person draws a certain picture of “ideal relationships”, which are based on love, respect, and mutual understanding with a partner. But real relationships rarely coincide with childhood and adolescence expectations – family life is often fraught with conflicts, petty offenses, and inconsistencies of ideas regarding the management of home life. All this doesn’t correspond to the image of “ideal” relationships. The term “abusive relationships” appeared in psychology not so long ago, therefore, for some reason, a question about what kind of relationship it is arises. Let’s find out who an abuser is, what abusive relationships are and what types of abuse exist. 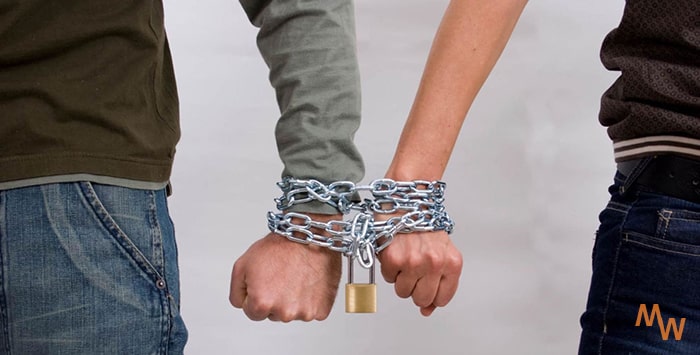 What is emotional abuse? Emotional abuse is violence in a broad sense and an abuser is a person who commits this violence. Abuse often lasts for years and all this time, a victim has to live by the rules that an abuser invented. Abuse is dangerous not only because it can be physically harming. Any form of pressure affects the psyche, and not everyone can get out of a relationship without loss. Emotional abuse is dangerous because it is difficult to prove as there are no visible marks on the body from it. The consequences can be serious. The most obvious of them are reduced self-esteem and the emergence of confidence in own worthlessness. Over time, many victims of emotional abuse become depressed and can’t get rid of pathological anxiety. There is even a theory that obedience to an abuser causes a stress disorder similar to post-traumatic. 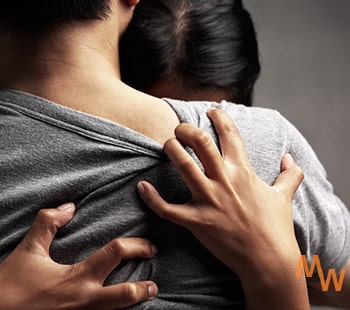 The pattern of abuser actions is about the same regardless of a relationship with a victim. First, a person gains a victim’s trust, disposes to oneself, and only after that, he or she begins to criticize and humiliate victims because they “doesn’t reach the ideal” – and the reason, of course, is in victims themselves, and not in the fact that there are no ideals. The main symptom of emotional abuse in relationships is panic. Persecutors are obsessed with control, which they establish under the guise of care. Sometimes it is difficult to understand exactly what is wrong. The actions of an abuser seem logical and correct, but for some reason, the main emotions in a relationship are anxiety and the fear of doing something wrong. When confronted with an abuser, it is useless to try to become an ideal partner because an abuser doesn’t need a perfect person nearby. Such people have a different goal – to make victims suffer.

In contrast to physical and sexual abuse, emotional abuse is a rather subtle tool. With it, a manipulator gets almost unlimited control in a relationship. Emotional abuse can take many forms, ranging from seemingly harmless with frequent ridicule to open insults and humiliation. So, here are the signs and symptoms of emotional abuse:

1. You constantly ingratiate with your partner. You try not to annoy your loved one and carefully select words in conversation with him or her. It seems that you have come to terms with the secondary role, diligently control yourself, which means you learned what you need to say so that your abuser doesn’t openly insult you.

2. A person uses perceptional methods. Your partner is trying to influence your perception of reality by denying or distorting what is actually happening. He or she says something like “You make it up, it wasn’t like that” or “I never said/did it”. Over time, such statements may develop a sense of insecurity and you will begin to agree with the distortions of a partner. Self-doubt leads to a reduced self-esteem, which makes you more vulnerable to a manipulative partner.

3. A partner requires a permanent report “where, when, and with whom”. An attempt to establish full control can be a serious problem in a relationship. Contacting several times a day for the purpose of “checking” can turn into constant persecution. The requirement for a permanent report on the location of a partner and an attempt to restrict the freedom of movement and communication with others are the characteristic signs of emotional abuse.

4. A partner says insulting words addressed to you. When you start complaining, abusers say that this is just a joke and you are too suspicious. But the fact is that there is some truth in every sarcastic remark or offensive joke.

5. You apologize even when you are right. Victims of such people are often convinced that they are not smart or wrong because their partners too often blame them for something. This is one of the worst effects of emotional abuse that each person should notice in a wrong relationship.

6. A person is either too hot or too cold. For a while, an abuser exudes love but suddenly becomes cold and inaccessible. You can’t understand the reason, no matter how hard you try. He or she refuses to communicate, you panic, trying to regain their condescension, and you start to blame yourself because of the lack of explanations. Quite often this can change a relatively self-sufficient person. He or she can become a restless sneak trying to regain the favor of a partner.

7. A person refuses to recognize your achievements. Degrading remarks may not be taken seriously at first, but these are not at all random slips of the tongue. Most likely, they are aimed specifically at your strengths, which your partner considers a threat and tries to control.

8. A person loses the desire to have sex with a partner. Most often, women experience this and this is one of the long-term effects of emotional abuse. Women usually want to trust a partner in order to feel physical and emotional arousal. If a girl feels fearful or angry with her boyfriend, she will not feel good and will react accordingly with her feelings.

Considering what is an abuse in psychology, researchers pay particular attention to emotional abuse. The reason for this lies in the fact that this is the most common type of violence in a relationship. Emotional abuse is manifested in threats, humiliation, insult of a person, etc. A partner is told that he/she is worthless, uninteresting, stupid, incapable of anything, and so on. This attitude leads to a decrease in the self-esteem of a person, the appearance of a mad and depressive mood, unwillingness to communicate with other people.

Emotional abuse in a relationship has two types of manifestations:

1. Open abuse. An abuser shows their negative attitude to a partner in the presence of other people. Being in a circle of people, he or she can declare that his/her partner is stupid and worthless, has negative character traits, and terrible habits. Someone can try to calm an abuser, but this will only lead to the fact that he or she will get more angry.

2. Hidden abuse. An abuser is extremely friendly with a partner in a circle of people, but despotic in private. He/she constantly makes claims to a partner, complains about his/her behavior, points out flaws, says offensive words or humiliates. As a result, an abuser looks like a nice person in the eyes of others, and his or her victim’s attempts to find support from mutual friends are puzzling. 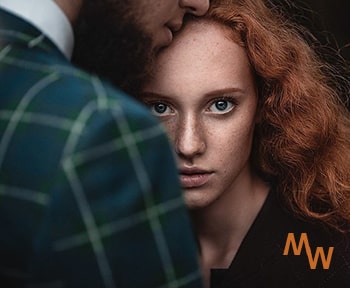 Spousal emotional abuse is expressed in insults, boycotts, ignorance, unwillingness to talk, rejection of the partner’s needs, constant accusations, passive aggression, excessive and unfair criticism of the partner, blackmail. In a romantic relationship, abuse can exist in all its forms simultaneously. It is dangerous not only because it is a serious threat to the physical and psychological health of a victim in a relationship, but also because its consequences will pursue a victim for several years even after breaking off all contacts with an abuser. Among the consequences, there is the complete destruction of self-esteem, depression, post-traumatic stress disorder, self-involvement in new abusive relationships, etc.

Emotional violence in a relationship between partners is often referred to as family abuse. Unfortunately, emotional abuse in a family is almost the norm in our reality. Moreover, moral violence can come from both a wife and a husband. As a rule, they appear in different ways. What are the signs of emotional abuse in marriage? The “female” form of emotional abuse is more psychological. For example, blackmailing with a divorce and restricting father’s communication with children, public accusations and insults, restricting and narrowing the circle of contacts, constant monitoring of personal correspondence, and jealousy of every woman with whom a man contacts, setting up children against a father. The male abuse is manifested in the accusation of a victim of any quarrel, imposing a sense of inferiority, total control over the personal space, hobbies and social circle of a woman, devaluation, and direct physical and sexual violence.

Of course, despite the fact that in its form of manifestation, emotional violence is divided into masculine and feminine, abuse has one face. And it is quite easy to recognize it even in the early stages.

How to stop emotional abuse

If an abuser doesn’t want to change and it is impossible to break up at the current stage, then for the sake of your own safety, the following tactics should be followed, which will save you from further violence:

1. Prioritize your needs. Don’t seek to satisfy or protect an abuser from unpleasant emotions associated with your behavior.

2. Define a rigid framework. Forbid a partner to shout at you, insult, be rude, etc. In case this behavior continues, get up and leave.

3. Don’t quarrel. Try not to get angry, don’t make excuses and don’t apologize. Just keep quiet or go. This is how to deal with emotional abuse.

4. Understand that you can’t change an abuser. It is very difficult to re-educate an adult person against his/her will.

5. Don’t blame yourself. If you have been involved in such relationships for some time, it will be difficult. However, this step is necessary to restore self-esteem. The problem is not with you, the problem is with your partner.

6. Seek help. Overcoming emotional abuse, talk to close friends or family. If they are on the side of an abuser, look for a psychologist or therapist. Spend time outside the home as often as possible, try to find support and understanding.

7. Develop an “escape plan”. Unfortunately, the most effective way is to immediately break up with an abuser. You may encounter the fact that an abandoned partner, having lost power over a person dependent on him/her, will feel helplessness.

This will make him/her beg for your return. Even threats can be used. A second chance shouldn’t be given to an abuser because another problem is that it is very difficult to get out of such a relationship, and the Stockholm syndrome develops.