Signs of Mommy Issues in Females

Both parents have a big influence on the development of their child’s personality. They sort of program their kids by the way they treat them. It’s a well-known fact that all emotional disorders, deviations in behavior, psychological problems stem from a person’s childhood. The personalities of parents, the relations between them, a general atmosphere in the family – all this shapes a kid and predetermines his or her future life as an adult.

Parents are role models for their kids. Children look at their parents and get an idea of how a man and a woman should behave. The level of closeness with each of the parents determines the main traits of children’s character and the way they build relationships with the opposite sex. Not all people are lucky to grow up in healthy families and have perfect relations with their parents. And this breeds the so-called mommy and daddy issues.

Probably, you have heard such term as “daddy issues”. It is often used by men to describe a woman who has difficulties in building relationships with the opposite sex because of the poor relations with her father in childhood. Those should not necessarily be some abusive relations. Lack of father’s attention, his absence in the family, his emotional detachment, or his poor attitude to mother might be the cause of a woman’s distrust of men, lack of confidence, unhealthy jealousy, and other issues. Interestingly enough, initially, daddy issues were ascribed only to men who had poor relations with their fathers. Both women and men can have daddy issues.

Along daddy issues, there are “mommy issues”. These are often “diagnosed” in men by women. By the way, there isn’t such a diagnosis as mommy or daddy issues – it’s just an informal name. A man with mommy issues is often called a mummy’s boy and is too attached to his mother. There is the other side of mommy issues in men when they feel completely detached or don’t want even to talk about their mothers. Not trusting women, being possessive, disrespectful to women, suspicious, worshiping/ignoring his mother – these are just a few signs of men with mommy issues. Guys with mommy issues are often afraid of strong women or tend to think that they will not find a woman who will be better than their mother. The same as not all sons are lucky enough to have doting fathers, not all daughters have idyllic relationships with their mothers, which means there are also women with mommy issues.

What are mommy issues?

In a healthy mother-daughter relationship, there is a strong bond between a parent and a child. A little girl feels loved and protected, gets enough care and attention. When she grows up, she considers her mother to be her friend. They talk a lot, she can share secrets with her, get emotional support, a wise piece of advice. There is mutual understanding between the two women. Girls who have healthy relationships with their mothers develop as harmonious, confident, personalities able to be loving and caring in relation to others.

But very often, mothers fail to be good parents for their daughters. There are different situations that make them emotionally distant from their kids. Some mothers have to work hard to provide for their kids (if the other parent is absent or unreliable), so they spend most of their time working several jobs. As a result, their small kids don’t get enough of her attention, and the bond between them weakens. Those women who are reserved and emotionally detached by themselves have difficulties communicating with their children. Their emotional coldness doesn’t allow them to develop a close connection between them and their daughters. Their insecurities prevent them from having deep and sincere conversations about important things.

Moms shape their daughters’ perception of the opposite sex and the attitude to emotional intimacy. The quality of the relationship between a mother and a daughter determines the level of openness, trust, and understanding in a girl’s relationships with men. 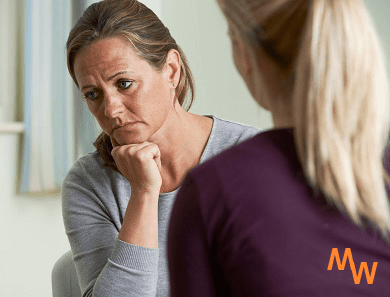 The way a mother treats a father is exemplary for a daughter. She sees how a woman should behave towards a man. If she gets a corrupted image of a man-woman relationship, it affects her relationships with men.

What are the mommy issues symptoms? If you spot some of the following in your girlfriend, she might be affected by mommy issues.

Happy and confident are those people that were loved and admired by their parents in their childhood. If a girl didn’t feel loved, she experiences a lack of confidence when she grows up. If the mother was a controlling and dominating person, if she didn’t praise her daughter for small and big accomplishments, but mostly criticized, reproached, or ignored, the daughter grows up into an insecure adult.

It’s difficult for girls with mommy issues to make new friends. If she had to deserve her mother’s love rather than was loved unconditionally, she will always doubt her relations with other people. If one moment her mother was tender and caring, and several hours after were shouting at her and scolding for no reason, a girl experienced fear and uncertainty. As an adult, she can’t totally trust people who treat her well, as she apprehends that their behavior will change out of the blue and she’ll suffer.

Inability to establish an emotional connection

When a daughter seeks the mother’s attention and love, but her mother ignores her, she does her best to somehow deserve it by pleasing the parent. She chooses the same strategy in her adult life when she builds relationships with female friends and maintains romantic relationships with men. She often asks herself whether her friend is her real friend. She has problems with saying no or gets so clingy that it repels people. A lack of trust results in the fear of emotional intimacy. A woman is afraid to open up to her partner because of the fear of not being understood. Some girls get defensive and detached, some are sensitive and dependent. Since they are unable to establish strong bonds, they stay closed for their partners. And without trust, it’s impossible to establish an emotional bonding.

Women that show the signs of mommy issues want to be loved and happy in a relationship. But, at the same time, they are afraid of entering a relationship. They are afraid that it won’t work out, and they will be left feeling frustrated and miserable. Usually, that fear is stronger than their desire to be in a loving relationship. As a result, such women choose to avoid relationships craving them deep down.

The emotional experiences we get in our childhood have a great impact on how we react to certain things in adulthood. Those daughters who were criticized and hurt emotionally by their mothers tend to overreact to what people say or do when they grow up. What was meant as friendly banter is perceived too seriously and is given too much thought.

Not many female friends

Girls with daddy issues gravitate more to female company, while one of the mommy issues signs is not having a lot of girlfriends. A girl with a mommy issue usually has one or two real friends, and those relationships are profound, as that girl doesn’t easily let people into her life.

One of the manifestations of mommy issues in females is that they are not into all those girly things. Since these girls have always preferred men’s company, it’s unlikely they watch sweet romantic comedies and wear pink clothes. During family gatherings, they rather play with kids or talk to male relatives rather than sit in the company of women. 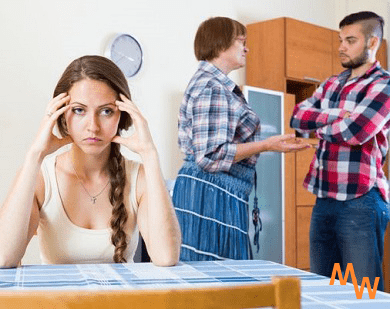 She is not instilled gender stereotypes simply because of her upbringing. Her mother wasn’t a perfect example of a gender role, so the idea of equality appeals to her most. She doesn’t want to be a housewife, she is not obsessed with the idea of becoming a mother.

Finding it hard to express her emotions

Just because she has never been close with her mother, she doesn’t have the experience of revealing what she feels inside. It can be quite damaging for her romantic relationships, as there comes the moment when the two loving people talk about their feelings. In terms of mommy issues psychology, women choose to take the “I don’t care” attitude in order not to appear vulnerable. But it only ruins their relationships, because building a healthy relationship is about showing care and not being afraid of revealing your feelings for the partner.

How to deal with women with mommy issues

If you spot the signs of mommy issues in your girlfriend, you can try to help her overcome her insecurities. Yet, when it comes to healing childhood wounds, only deep self-analysis and own desire to sort everything out can be effective. Sometimes professional help of a psychologist may be needed if a woman looks for ways how to deal with mommy issues.

A lot of women with mother issues decide to be not like their mothers but end up treating their men the way their mothers treated their fathers. Since a woman didn’t have a paragon of a healthy relationship and woman’s role in it, it can be hard for her to build a harmonious relationship of her own. Some girls find maternal models to follow in other women, such as their teachers, grandmothers, or friends. And they manage to cope with their mommy issues.

If you happen to date a daughter of unloving mother, you should be aware of the issues she experiences when building intimate relationships with men. Hope this article shed the light on mommy issues signs in females, so you can figure it out. What can you do as her boyfriend? First, decide whether this woman is worth fighting for. If you want to be with her, talk about her worries. Have that frank conversation that will make her open up to you. Reassure her that she can count on you, that you’ll be always there for her. You should also keep in mind that her issues can be overcome only if she decides to analyze her relations with the mother and understand how they are affecting her life. Do your best to make your relationship work, but if you see that there is no improvement on her side, maybe she is not ready for a relationship.