Dating an Unattractive Woman: What's It Like and Why Men Do It

Nowadays, we live in a truly beauty-crazed world where everything and everyone is estimated in the first place by external attractiveness. On the one hand, we are enchanted by beautiful fables and fairy tales that often tell us that we should look past the physical beauty. That even the Ugly Duckling will eventually turn into a gorgeous white swan. We’re assured that the soul and the body are two diametrically opposite concepts and that the first one is much more important. However, on the other hand, we are swamped with an enormous number of images of faultlessly wonderful representatives of human race in various formats – from fashion magazines and Instagram profiles to porn industry. Yoga instructors and gym trainers keep telling that the beauty of a body is valued much higher than the attractiveness of a face. Others tell us to look beyond material things for the spiritual enlightenment. Oh, God. That’s insane.

And the naked truth, as expected, is somewhere in the middle of these two poles. Looks and personality are not entirely unrelated – they complete each other. And they both matter equally. In this article, we’ve decided to take a closer look at the concept of “unattractive women” and distinguish what dating unattractive women is like. 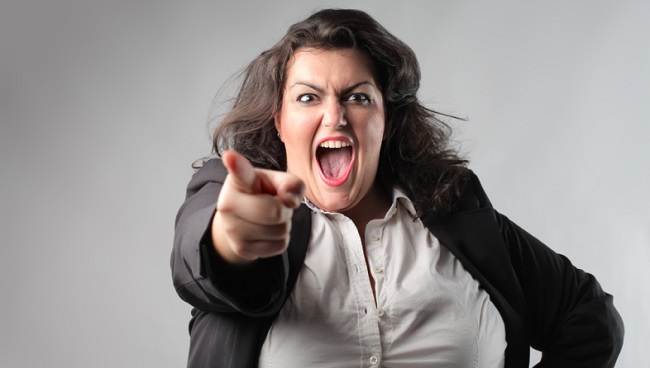 Well, we would say, there are several reasons. With no exception, we are all brainwashed about viewing a particular type as beautiful. Advertisements and commercials work extremely well, so unless you live in the middle of the jungle or on a secluded island, sexuality and attractiveness is what fashion companies feed us with.

While some of us can learn to expand their attractiveness to catch more admiring glances, others tend to view an individual as a jar filled with his/her unique personal qualities. Let’s say you add joy and active spirit to your jar. Then you take out excessive sensitiveness and all the sorrow. If you add talent, you take out regrets. Yeah, we know, it’s actually a little hard to explain, but someone who is quite cheerful and given a special talent, automatically becomes more attractive to the opposite sex. Such person may also look at others and say he/she feels bad for them, because they just don’t have the drive to do what he/she does, when in reality a person without the talent, may feel incapable of doing some particular things.

Thus, if you put some hot characteristics in your jar, then it means you can attract the opposite sex pretty easily. Since some men tend to be lazy to develop definite traits of their characters, those mooch guys are the main category of men who marry unattractive women. Simply to let their other half help them grow further as a personality. And what do men find unattractive in women? Lack of passion? Maybe. Since we all look up for sex as a primal motivator, if you are an unattractive girl, you will work much harder to improve other qualities in order to make yourself even more attractive. And we won’t even mention that type of men seeking for sex with unattractive women just for pleasure. Because the main point of why narcissists have sex with unattractive women is to feed their insatiable ego and eventually leave a girl.

There’s a belief that unattractive women want more sex than the attractive ones. Well, we’d claim this is pretty much of a fake fact simply because unattractive girls are a lot more shy, which makes them less sexually hungry than the cuties.

Another stupid assumption is that binge eating is among the habits of highly unattractive women. That makes people think that fat women are unattractive. We’d suggest you to take your time and think logically – will an unattractive girl consciously overeat, which will eventually make her big, knowing she’s already not the prettiest thing? Thought so. 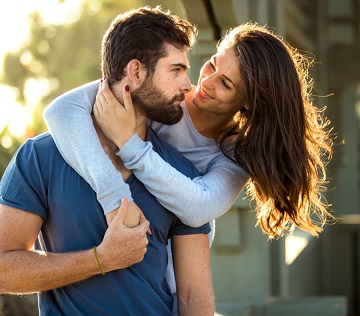 There is also a beautiful woman theory to add to this point. Some guys have pretty serious self-confidence issues and have trouble talking to attractive women. You may sometimes notice a beautiful girl going to a party without any guys asking her. You may have seen several situations where multiple good-looking guys swarm around a beautiful lady but none of them decides to ask her out. Yet, none of them has a problem flirting and asking an unattractive girl out. We can speculate that unattractive women get ignored pretty often, but never by this type of men.

Damn, what for heaven's sake is he thinking?! An uncommon thing (occurrence less frequent than the planet parade) for a nice-looking guy to date an unattractive girl!

Unlike the perfect image of the relations between an unattractive man with a beautiful woman, you do not give an unattractive woman a chance for the doubt thinking why she succeeded to catch such a handsome guy. You just conclude that a handsome man is not the alpha male inside as he appears on the outside, and therefore an unattractive girl is not really out of his league. There is definitely something wrong with him, you may think. As we watch lovely couples out there, we usually evaluate them mainly by the irreplaceable criteria like looks and clothing style. That’s exactly why the majority of people got a tendency to believe in the very best looking at an unattractive man partnered up with a cute lady and presume the worst about a nice lad accompanied by an unattractive girlfriend.

Dating an unattractive woman: what to expect

1. You will feel appreciated

When men date hot pretty girls, they are way more likely to do lots of stuff for their girlfriends just to make sure they don’t run off the next morning. With all these fears piling up, it gets quite hard for a guy to feel himself worthy of his girlfriend, let alone appreciated. On the other hand, dating an unattractive girl puts a guy on the opposite side of the scales. Now it is a girl having to do all the stuff for her boyfriend and he just has to feel satisfied and appreciated.

2. She will help you understand what you want in your relationship

Alright, we are all humans. It is totally fine and okay if you want to date or sleep with a girl just because she’s simply looking awesome. Sometimes dating an average-looking woman or unattractive woman will make you realize that having a loyal person by your side is much more important if you desire to build a decent durable relationship. Or it can make you recognize that certain personal features are essential, like, for example, a good sense of humor. As for the dating experience, take what works best for you, learn from it and finally apply this knowledge moving forward.

Just keep in mind: even all the silicone and cosmetic surgeries in the world can’t keep looks from fading. If you are searching for a stable, functioning relationship both intellectually and physically that makes you feel exalted and truly alive, then you need to be willing to go beyond the ordinary perception of a healthy relationship.

What an average-looking woman may lack in her appearance, she will more than replenish in bedroom. Believe it. Some of the best sex a usual guy could ever have is when dating an unattractive woman. Various mind-blowing positions and literally tons of other cool things to try out with her. Trust us. If an unattractive lady wants to keep you contented in your relationship, then that means keeping you contented in bed.

Being honest, pretty girls don’t really do any effort in bed leaving guys more than happy to do all the work. In reality, this isn’t really that bad as it seems, but not too great either. When dating unattractive women, however, guys can really rely on their girl, rest up and get all the pleasure as well as acquire all sorts of bed tricks. Those women will make everything possible to keep their man happy.

When you see a lad holding hands with a less attractive girl in the park, chances are that you would think of him as an honest person who puts personality before looks. All in all, your impression of him will be heightened without even knowing why, you can even wish to go to a bar and take shots with him or buy him a drink (okay, we’re kidding). However, the whole point itself isn’t exaggerated – the society would have a better impression of you and you would be considered good, likeable and trustworthy fella whom everyone wants as a friend.

5. No place for jealousy

When you are on a date with your beautiful girlie somewhere on a football match, it’s enormously likely that guys all around will cast glances at your girl at every spare moment, leaving you irritated and jealous. And everybody agrees that jealousy isn’t exactly the smoothest of emotions to feel. However, when you’re dating unattractive women, you don’t have to worry about wolfish gazes everywhere you go and you could enjoy your time out in peace.

Pretty girls are not born hot and sexy. They have to learn makeup tutorials, go through the latest fashion magazines and incorporate the most gorgeous hair-curling techniques applying them to their hair, leaving really little time for them to share your interests (if they even care about them). Unattractive girls don’t really do what hot girls go through, so they are more honest and open to sharing guy’s hobbies and interests like cars, football and Sunday bar hangouts.

Just imagine: watching the Champions League Finale with the loved one by your side. We can’t even say what can be better than that.

Taking everything into account, appearance may appear problematic, and it is not evergreen either. Again, that doesn’t mean you can’t make relationship decisions based on physical parameters. Just make that decision the right one.

We hope you’re a man who’s really into someone. If you see other men are uninterested in your girlfriend, it means less competition. That applies to the case of unattractive middle aged women dating too. When you see an unattractive lady in the street, you might start thinking: maybe she’s lonely, maybe she’s just waiting to find a guy who would appreciate her at least she won’t dissolve in the crowd. If you really think she’s nice and could be able to make a fine other half, proceed to action. Approach her with a perfectly crafted opening message.