How to Have a Platonic Relationship: Rules and Advice

People are sure that everyone knows about love, but its best manifestations are considered underdeveloped. The philosophers of the whole world thought about this great feeling at different times and all of them inclined to the fact that there was no one form of love. We are used to thinking that romance is the perfect way to express love, which should be meant for only one person and everything else is considered vicious. But love has so many facets that it is difficult to understand it, and one of the most controversial facets is a platonic relationship between a man and a woman. 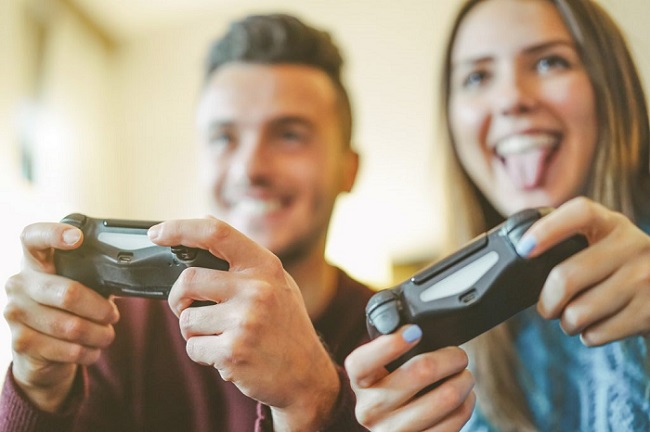 What is a platonic relationship?

Long years ago, Plato explained this concept. So, what does platonic mean in a relationship? According to the great philosopher, platonic relationships are relationships in which people are attracted to each other only at the spiritual level, moving away from the desires. Plato relied not on women but on his students and friends in the examples. Plato argued that love was like a desire to have something good. We seek love not for knowledge but for the satisfaction of our needs. He regarded people as a mixture of body and soul, each of which has its own form of love. The body falls into captivity of carnal pleasures and the soul is guided by noble feelings. According to Plato, love is a thirst to be with a person. But the presence of sexual thirst determines the kind of feeling. Today, platonic male-female relationships look like a connection without sex in heterosexual couples. Partners have a desire to know the spiritual component more than a physical one.

Very often, such relationships develop into close friends who love each other but are devoid of sexual intimacy. Platonic love is a struggle. Every time finding yourself next to a loved one, you need to restrain yourself so as not to cross the line. The path from friendship to romance is short but it completely destroys all previous experience.

Platonic feelings are an affordable chance to feel love, to experience romantic relationships with a person while being in a legal relationship and not cheating on a loved one. With age, a person acquires wisdom, realizes what can be more important than physical contact – the unity of souls. He or she analyzes the life together with a close person and understands that a partner doesn’t satisfy some desires. Then people find other interlocutors, experiencing the mutual attraction. During some dialogue, people understand how much they need each other. This is how platonic love is born.

Can a man and woman have a platonic relationship?

It is difficult to answer what platonic relationships mean nowadays. In the eastern countries, professing Islam, the bride’s innocence and the presence of the platonic component of the relationship is still carefully followed. Also, a platonic love relationship primarily binds couples of mature age. After several decades of marriage, it is not necessary for a husband and a wife to have sexual intercourse to prove their boundless love for a partner. For young people, sex is an integral part of love. In addition, the restriction in the number of sexual intercourse at a young age can lead to complications in the physiological work of a body.

Very often many people convert the satisfaction of physiological necessity into a cult, forgetting about any spiritual intimacy. Because of uncontrolled sexual intercourse, marriages break up, crimes are committed, and the moral level of society decreases. Is it bad that such spirituality dies off, giving way to physical contacts? Of course, the predominant importance of sex in the life of modern youth is detrimental to the level of their self-esteem. And yet, platonic relationships have a future because they still exist.

So, once again, what’s a platonic relationship? Platonic relations are a spiritual closeness between partners, communication at the level of common interests and intellectual self-improvement. This component should be present in any relationship because a strong family can’t be built even with the best sex. Sex on a first date is also not uncommon in the modern world but most girls don’t accept this practice, considering it humiliating. 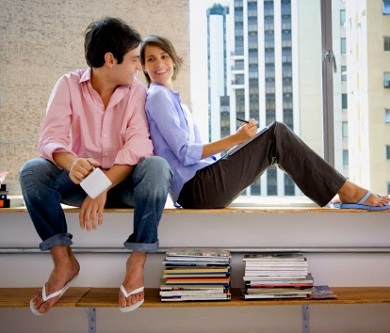 Before entering into physical contact with a loved one, they prefer to get to know him better, to get acquainted with his interests and his plans for the future. Thus, the first few weeks of relationships remain platonic and physical closeness itself comes only after several tests of their feelings.

Some people completely refuse sex before the wedding, believing that the first physical contact should be the main holiday of their lives. Usually, such a practice is held by those people who are brought up in rigor and respect for their physical integrity. Psychologists actively discuss the fact that modern youth perceives virginity as something unnecessary, which can be easily and quickly disposed of. However, this attitude towards physical integrity is not a general one, and among modern adolescents, there are those who want to keep their virginity before the wedding. Sometimes, platonic relationships become not a conscious choice of a couple but a necessity. This happens, for example, when a man or woman has an illness that affects sexual activity. Such forced platonic proximity can both bring new notes into a relationship and destroy it.

So, are platonic relationships possible in the modern world? Almost all family psychologists believe that yes, platonic relationships will exist for a long time because it is impossible to achieve family happiness and true physical intimacy without them. Sometimes, entering into a relationship, people just don’t understand that love is not just about sex. Sooner or later, the passion for new relationships will come to naught, and communication between partners will begin to come to the fore. If there is no elementary platonic proximity between people, their union will never last long. On mutual respect, love and understanding, the most successful and long marriages are still being built. And even if sex becomes the predominant part of any marriage union, it is simply impossible to create a full-fledged family without platonic love.

How to have a platonic relationship

The statement about the existence of friendly relations between people of different sexes is always questioned but this doesn’t cancel the fact that they exist. From time to time, objects of platonic love have feelings that go beyond the scope of this concept, but people who respect each other don’t succumb to them. Platonic relations open up a lot of perspectives for people: a person has a friend that is different by sex, who will never condemn or criticize actions, always listen willingly and talk, support and give advice, consider the conflict situation from the other side.

Platonic love can grow into a real one. The most striking example of such relationships for the present time is the love of Stephanie Meyer and her husband. A couple met when Stephanie was only fifteen. And they got married six years later, in a purely platonic relationship. They didn’t have any intimacy at all. Now, this couple has three children and they are very happy. She brought all the delights of such love to the pages of famous romantic books “Twilight”. You also can find a platonic relationship. All that you need is to be honest about your desires.

Platonic feelings imply not only the absence of sexual relations but also the rejection of any kind of closeness, except spiritual. Agree that it is difficult to limit your communication, having feelings for another person, because you want to touch, hug, and kiss your loved one. In addition, such relationships for a long time, according to doctors (psychotherapists and sexologists), have a negative impact on a body. However, platonic relationships have their pluses as well:

If you, despite the efforts, can’t get rid of romantic feelings for a platonic partner, and the desire doesn’t find a response to his/her heart, it will surely hurt you, burden the soul with the feeling of betrayal by a close person. It is almost impossible to restore friendship after a declaration of love. But don’t be afraid to start a platonic relationship. There is some mystery in the union of two souls. This is a connection that is greater than the earthly and essential, and people are free from the burdens of romantic and sexual attraction.

Rules for a platonic relationship

1. Don’t be afraid of changes

If you are of different sex, then feelings, sexual attraction can break out between you. Don’t be afraid of this development seeking a platonic relationship. If one of the partners is not satisfied with further relations without physical proximity, it is better to let this relationship end now than be an occasion for quarrels and conflicts in the future.

If you don’t want the development of relations and are afraid that a partner may think otherwise, you should talk to him/her. During a conversation, define clear boundaries of your relationship. Let your partner know that friendship is more important to you than physical intimacy.

3. Don’t pay attention to the opinions of others

How to maintain a platonic relationship? Often, a woman’s platonic love for a man ends as a result of the influence of public opinion on the subconscious. If you have decided to remain in spiritual connection with a person, don’t listen to others, trust yourself and your partner.