How to Heal a Broken Relationship

How to Heal A Relationship After a Fight?

Step 1. Do not rush to start a conversation

How to save a relationship after a breakup? It is useless to talk about an issue if it is still fresh in your partner’s mind. Even if you immediately say, “Sorry, I was wrong,” and your partner will agree with this, emotions will continue to seethe, and the conflict will escalate again quite soon. Therefore, it is worth waiting for the right time, when you forget about the disagreement, and only then calmly say that you want to talk. If the altercation was really violent, try to talk in a public place, for example, at a restaurant. This will make sure (or will at least make it likelier) that no violence and shouting will be involved. Also, psychologists advise to be careful and try not to conduct conciliatory conversations in front of children.

Step 2. Discard the idea that you are right

Try not to focus on the details of the disagreement. From your point of view, you will still be right even if you are not. Instead, concentrate on the feelings of the other person. After all, they are offended just as much as you, and they also believe that they are right.

Here’s one of the most important aspects of how to heal a broken relationship. Say out loud that you understand how they feel. It helps focus on their needs. Imagine that you went to a party without a partner, and they were offended by you. Say, “I am very sorry that yesterday I went to a party without you. I understand that you are hurt." Many people do not want to apologize because they don’t want to admit that they have done something wrong. A good attempt to make peace is the phrase, “Forgive me for upsetting you. I saw nothing wrong with going to a party without you. True, I wish I didn’t do this because I don’t want you to get upset.” The main thing is never to use the word "but." The phrase "forgive me, but ..." casts doubt on the entire initiative. 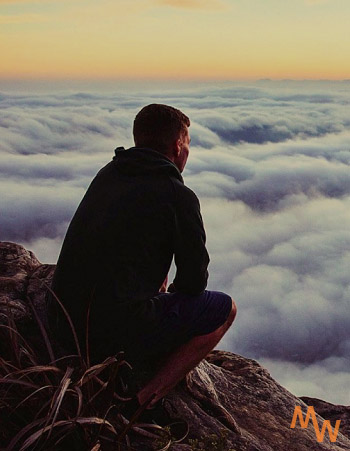 Step 4. Do not be offended by the partner for their reaction

If you apologize, and they tell you that you’ve made a huge mistake, just nod your head. The main goal is to take responsibility for how you made the other person feel.

Step 5. Explain to your partner that you care

The last step on how to fix a broken relationship is to show that you care. Add that you are ready to change your behavior. Look into your partner’s eyes and hug them. Accept the fact that it will take time to “move on.” Try to be sensitive and attentive. And after a while, you'll be sure that you've done everything right by asking about it directly.

How to Heal A Relationship After Cheating?

How to heal a relationship after an affair? Infidelity is a difficult test for both partners, especially if it happens to a long-standing relationship. Infidelity is also a catalyst for stagnation in relationships. Both partners face a choice: stop everything and start a new life separately or resume and start a new life together. What should you do in this difficult situation? How should you move on after surviving infidelity? Further developments largely depend on who committed such an act – either it was just one partner or maybe both at the same time. Female infidelity usually happens because of the lack of attention, affection, care from a man. A woman was unloved. Even if her husband provides for her, shields her from the outside world, and they have quality sex, a woman may feel inferior in this relationship. And she is looking for affection, romance, a sense of appreciation.

Male infidelity often happens on the basis of the fact that a man does not receive the necessary female energy from a woman, or he is simply sexually unsatisfied. What do we mean by feminine energy? This is femininity. If at the beginning of a relationship, his woman was affectionate, tender, attentive, responsive, cared for herself, and over time she became rude, sullen, demanding, angry, then a man gets a mistress. He finds a woman who shows sincere interest towards him, admires him, shows the same amount of love that his wife did so many years ago. Or he may sincerely love his partner, but he does not get pleasure from sex with her and thus, cheats on her.

It is possible that a man from the beginning, by nature, turned out to be too loving, and one woman is not enough for him in principle. Then the main question arises, "Do I want to be with a person like that?" this is the first question that you need to ask yourself after an act of cheating in a relationship. Have you cheated or have your partner cheated on you? Ask yourself, "Is this my destiny?"

How to heal a relationship after cheating? In a state of shock, it is difficult to answer this question. You will not be able to heal your relationship just like that, in a day. Therefore, let yourself cool down, think and evaluate all the pros and cons, remember how much good you have experienced with this person, compare it with all the pain that you are now experiencing. After all, over time, you can start regretting that you allowed yourself to cross out the option of a long-term relationship because of a one-time thing.

How to Heal A Codependent Relationship?

This is quite an important topic; thus, I’ve called my friend Jane, she is a family psychologist. Here’s what she has said about this process.

First of all, of course, there’s the question, “How to heal a relationship?” but no one seems to ask about their own happiness in life. This seems weird and rather odd to me. This is the downfall of so many people, they forget about their own feelings, about their own goals and desires. Thus, the first important thing to learn is – don’t fight for a relationship that isn’t worth fighting for. Learn to love and respect yourself.

Lots of people (mostly women) come to me for a consultation and tell the same exact story. They ask me, “How to heal a painful relationship?” In essence, these stories differ in detail, circumstances, each of them, of course, differs from the other. But all of them, at the same time, resembles the same scenario in which relationships develop.

It often happens that my patients change their partners, yet they seem to fall in the exact same scenarios. Especially when this happens time after time, a person no longer believes that they deserve a better life, they feel weak and pathetic. I would call such a state “learned helplessness.” In this state, it seems that all attempts to get out, to do something new in one’s life are useless. Being helpless time after time, a person begins to live by this feeling alone, and it spreads its roots into all the aspects of a person’s life.

This is the story that many people bring to a psychologist's office, hoping to change something in their lives, “We met and soon got married, I was very passionate about my partner. After some time, they changed their ways and became awful. I always hoped that our relationship could change for the better. I had to persuade them, explain, swear, but nothing helped. If there were even smallest of changes, soon enough everything returned to being “normal.” I understand that I don’t have any energy left to spare, I am done, yet I cannot get away. Sometimes I dare to try to leave them, yet it all falls apart every single time.”

Here are the most frequent questions that I get, “What should I do, how do I make my partner understand?” “Am I doing something wrong?” “They say, that I provoke them, is that so?” “Is it possible that they will change?” “What should I do to make it all stop?” These consultations are different from many others, they have their own special atmosphere, I suppose. They are smooth, slow, cumbersome, and sometimes resemble being stuck in a maze, the paths of which lead to nowhere. 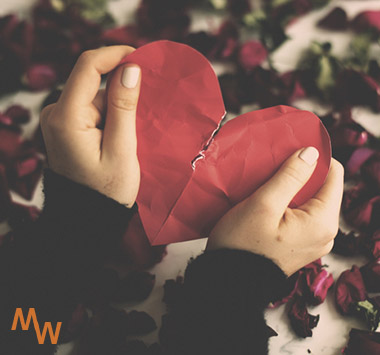 Such an atmosphere often arises due to a client's pace and way of thoughts. And these thoughts are contradictory and confusing, and there is a big gap between logic and feelings. A lot of helplessness, despair, and fatigue are at play. By and large, all relationships in which alcohol and physical abuse are a pressing issue have a similar scenario. This manifestation is called codependency. Codependency, like many problems, has its roots in our childhood. Most often, one of the parents had an alcohol addiction, but codependency is the continuation of this childhood trauma. It is characterized by the role of a “rescuer,” who wants to help more than the situation requires as well as to correct, re-educate and heal a partner, deserve their love, yet being controlled and manipulated at the same time.

A lot of books have been written about the phenomenon of co-dependency, and I want to share one of them with you before we move on. This book has been written by Robin Norwood and is called “Women Who Love Too Much.” This book has helped a lot of people battle such a scenario, and I believe that it can help you too. Of course, it will not solve your problems for you, but, probably, it can serve as an excellent step to try changing things in your life. If you fall into a similar situation, remember - you are still the person in charge of your life. You are doing certain actions that push you to certain situations. Of course, you want a better life for yourself, and you deserve it – there is no doubt about it! But, at the moment, the skill of living differently has not yet been formed in your life experience. You can change your life, there is only one difficulty - you have to do it yourself, you have to let it all go and forget about people who drag you down.

You will have to discover yourself in your life and become interesting to yourself. This is the very path that can lead you to your better life.

Can Time Heal a Broken Relationship?

Will time heal a relationship? Time will not cure your suffering. You need to want to heal yourself, nothing else will help. You have to do everything for this. Do not lock yourself in, your life is far from being over, you are the judge of that. Time will make your pain weaker, yet some effort must be made. Here are some tips on how to make it easier for yourself when it comes to your healing process.

And remember, everything is in your hands. Do not rely on time. Count on yourself, and you will always win.