Signs She Is No Longer Into You

Everything comes to an end at some point, and romantic relationships are no exception. When things between you only begin getting serious, the relationship brings joy, and it seems that there’s nothing that can stop it. But one day, you begin to understand that something has changed. Those small things that brought you together once no longer exist. Your mutual trust has disappeared, and you’ve become strangers.

You feel that you haven’t yet exhausted your potential for love and affection for this woman, but she has already become someone she never was. And you’re in doubt whether she still loves you or her feelings just aren’t there anymore. How to know for sure? It's too early to judge by one or two signs, but having more proofs on your hands, you can actually tell if she loves you. 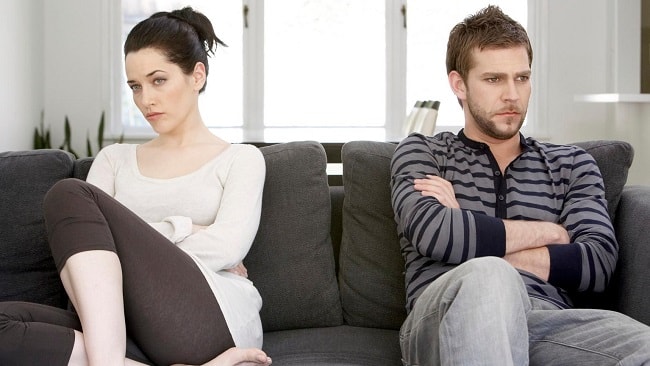 10 signs she's not into you anymore

1) Your sex has become boring

Your sex changed qualitatively: it became boring, with no passion at all (at least from her side). If it was great, unforgettable, hot, and so on, then such change of your girl's behavior in bed is a clear sign that something’s going on in your relationship. Something bad.

2) She never calls you

And she doesn’t call back either. Or she completely avoids talking to you on the phone. And you try to calm yourself with the thought that she simply forgot to call you back or didn’t have time. In any case, this means that she doesn’t care about you, and she prefers spending her time with others. Remember the important rule: if the girl doesn’t call you back after your call once, call her again. If she doesn’t call back after your second call, you should think about why she treats you like that. Sure, almost all women's books about seduction tell that men should struggle to win female attention, and your girlfriend may avoid calling you intentionally. But after the third unanswered call, stop wasting your time on her because this is one of the signs she's not into you.

3) Her friends are more important than you

You forgot when the last time you spent at least an hour together was. Something or someone doesn’t let you have sex or simply talk heart to heart like you did earlier. She’s constantly out of reach because she wants to meet with her friends, has some problems at work, or needs to buy something in the shopping mall. If she used to cook you dinner, meet with her friends only twice a month, and go shopping with you, and now she doesn’t do any of it, then you have a problem. 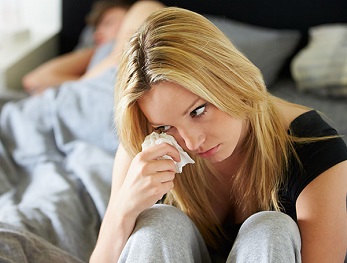 Let’s say that before meeting you, your girlfriend was engaged in some hobby, but she didn’t abandon it after you started dating. It’s completely normal if it doesn’t interfere with your relationship. But now you simply can’t ask her out somewhere. She spends all her free time in the gym or at the dance classes, not offering you to join her. Even if you’re willing to share her hobbies, she treats your offer with zero enthusiasm. And you haven’t gone out together for a long time. That’s also one of the signs she's not into you anymore.

5) She doesn’t care about her looks

Just a year ago, she was beautiful and slim. Now you begin to notice some changes, and they aren’t for the better. She goes around the house in ugly shirts (she used to wear sexy underwear) and a faded bathrobe. This means that she no longer wants to look better for you or strive to get your attention. Now all she thinks about is you not bothering her.

6) She doesn’t look you in the eye

It’s been a while since you last looked each other in the eye. Not because you don’t want this, but because your girlfriend always looks away. Eye contact means that the relationship is healthy, while its absence indicates that you’ve grown cold to each other. When she turns her eyes away when you have sex (closing them during the intercourse is natural), then she doesn’t care about sex and has other stuff to concern.

Some time ago, she used to take you by the arm and put her palm in yours, and now she doesn’t do it. Back then, this trait could seem annoying to you, but then you got used to it, and later you noticed that you were the only one who wanted to hold hands. This fact itself indicates that you’ve moved away from each other. She doesn’t even look for any physical contact with you. You know what this means, right? She's not into you.

8) She says she’s not ready for a serious relationship

This is a classic excuse; women often use it when dealing with those who aren’t interesting as potential life partners. She doesn’t even need to go into details and explain the reasons. She's not ready. Period. If you hear these words from your girlfriend, then know that she has no plans for staying with you for long. Chances that she will ever change her mind are slim to none.

9) She no longer shares her problems with you

There were days when you solved your problems together. Now your loved one keeps hers to herself. She reluctantly answers your questions and says that her life doesn’t concern you, although you see that she’s worried about something. But you’re worried about her, too. Too many secrets mean that she doesn’t want to let you into her life again. This is one of the most important signs she is not into you. Your relationship is coming to an end.

Do you remember how you discussed your day, with its successes and mistakes and laughed together? She was interested in almost every step you took and stuff you did at work. It’s all in the past. Now she listens to you without interest and reluctantly speaks about her day.

These ten signs should give you food for thought and an opportunity to do something about your relationship until it’s too late. After all, the reason why she doesn’t love you anymore lies in your actions and decisions. You've missed the moment when feelings began to fade. So, what to do when she is just not that into you?

How to win her back: useful advice

How to win her back? Let's start with the first step: try not to spoil your relationship more. The situation is not in your favor already, and if it worsens, you’ll definitely lose your girlfriend for good. Find yourself a buddy who knows what to do, and use his support. This means that from now on, you’ll be consulting him on every step you take. It’s very important because it’s much easier to assess your actions adequately from the side. And these actions are usually far from being adequate. So, your first goal is not to make things worse. It’s best to cut all contacts with your partner for a while if it’s possible. 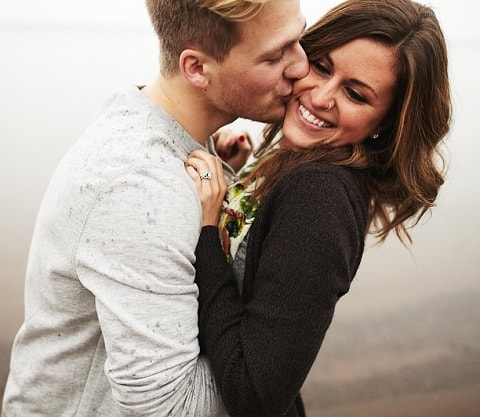 Assess your chances of winning your girlfriend back, your appearance, lifestyle, your position at work, and prospects. Be sure to evaluate how interesting you can be to girls in general. You can even directly ask them about it. Your second goal is to change, be better. Not for a while, not for one day but for long. For example, if we’re talking about your looks, then before you approach your girlfriend next time, you need to look better than you did before.

Step three: work on your mistakes

Do some reconnaissance before the battle, but proceed to it only after completing the second step. We’re treating the cause of your failed relationships, not its symptoms, so you shouldn’t repeat past mistakes. What we mean when talking about reconnaissance: you need to remember everything your girlfriend loves, all her favorite places, and all her desires and interests. Don’t focus on what she told you when your relationship began to fall apart. Try to remember everything from the time when you started dating. When the relationship is nearing its end, the girl may say whatever she wants just to make you do something. The desires she shares with you at the very beginning are more sincere.

You need to make some romantic gestures to win her back. Prepare a super date. To get the feelings back, you actually have to seduce her again. You’re having the final fight for the championship soon, and there are no second places. You need to take everything into account: where to go, what to talk about, and when to kiss her. Practice on other girls first. The Olympic champion spends years training before the final run. Is your reward less valuable than a gold medal? It would be great if you prepare two or three variants of the date that your girlfriend will definitely appreciate.

You have to understand one thing: you don’t just need to win your girlfriend back. You need to seduce her again. Forget about your past. Only fools stick to it. Your future is at stake right now. Your task is not to go on a let's-start-everything-again date; you really need to start again.

You must be sure that you can seduce her like any other girl: you need to know what to do and what to say to win her back. This is crucial because if you screw up, then reviving the feelings will become a dozen times harder. That’s why if you’re not sure, repeat the four previous steps.

What you shouldn’t do

First, you don’t need to get depressed. Don’t whine and don’t complain. Accept the fact that her feelings faded. That’s what a self-confident man would do. Whatever happens to you, you should never grovel and stand on your knees before her. Don’t focus on your collapsing relationship, and most importantly – don’t push on her with phrases like “I can’t live without you.” It’s such behavior that makes you look like a total loser in her eyes. And if you still don’t know how to win her heart back, then just try not to be a wuss.

Relax. To bring back the girl you love, the most important thing is not to worry too much. In any case, if you put too much effort, she won’t love you again. She may lose interest to you completely. But if you keep calm, she’ll see that you’re worthy. There are a lot of ways to win her back. But sometimes to revive the feelings, you just need to stay strong because her attitude towards you may be a part of the test. She wants to check if you're suitable for family relationships. If you show that you still love and respect her, she’ll give you a second chance.

To win your partners love back, you need to prove that you’re a strong, successful, and worthy guy, but remember that actions speak louder than words. All girls, without exception, are looking for a confident boyfriend. It’s in their nature. Therefore, you don’t need to chase girls and waste your time. Find something that would bring joy to your life and achieve success in it. Then your love will find you, and the woman you whose heart was so difficult to win will come back to you. She’ll understand that there are not so many guys like you out there.

When breaking relationships, women are guided by their emotions. And to make them come back, you need to play on those emotions. If you just wait, then the chances of winning your love back get extremely low. Making the feelings strong again is much easier than you think. The question is, what are you willing to do for your lady?