A change in gender roles began in the early years of the twentieth century, and it continues. This happened due to the massive entry of women into the labor market in all developed countries. Now many developing countries have joined this as well. There is a very high women’s employment. And if a woman earns herself, she is already much less susceptible to the influence of traditional gender roles in marriage. This is on the one hand. 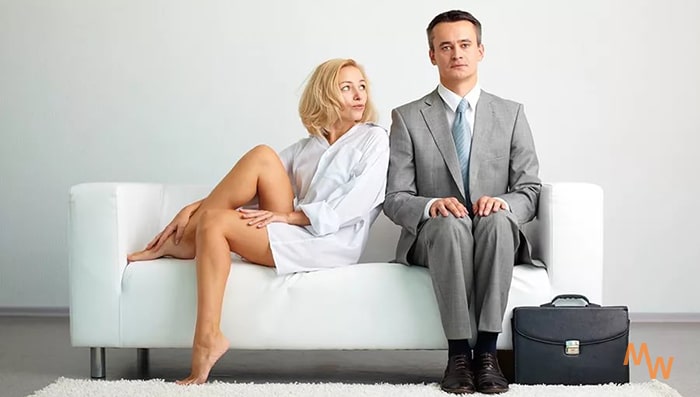 But on the other hand, both partners have new challenges: they have to somehow establish a balance between their work and family responsibilities. In addition to the partners, the state, social institutions, ideology, and religion are actively involved in this as well. However, the general ideology, which identified traditional relationship roles has disappeared together with the sexual revolution of the 60-70s, which also liberated a woman even technically, with the advent of contraceptives. These processes continue in the 21st century

What Are Traditional Gender Roles?

Gender roles are determined by the sociocultural norms of society. Nowadays, family systems are based on gender roles, which already have certain requirements and customs that help each family member fulfill their responsibilities.

Gender roles of women and men change throughout history, they differ depending on the economy, politics, religion and other social factors of a particular society. Still, we can talk about some traditional gender roles, which have been handed down for centuries from generation to generation.

In our society, the gender roles of men have traditionally been designated with the words “breadwinner,” “master,” “defender.” While traditional female gender roles are about “homemaker,” “mother,” “wife.” The society expects that a woman will be kind, patient, modest, soft, caring, understanding, and “homely.” One of the examples of traditional gender roles is a family in which a husband earns money, providing his family completely while a wife looks after the house, cooks and brings up children and in general, does everything to please her man. This pattern of behavior is still widespread in many countries, although social progress and active feminist movement have made some adjustments. Anyway, it’s difficult to meet traditional marriage roles in their original form.

Due to the fact that women have more opportunities to work at home, traditional women's roles remain the same. Most of them are still caring mothers, attentive wives, neat housewives, keepers of the household and home comfort organizers. A woman should be a mother and mistress in the house, these roles are understood correctly by everyone. And the role of the wife is more complicated and lies in the fact that she should understand, support and help her husband, leading him to success. And while the man’s role in the family has developed, the woman still has more domestic chores, including cooking and cleaning. Talking more precisely, traditional female roles include the following moments. 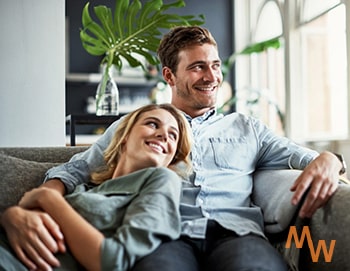 Everyone will agree that people are used to raising their male children according to certain rules and requirements. First of all, boys know that they should learn how to protect themselves and their families because a man is a defender from a traditional point of view. They don’t cry but solve all problems. Talking about traditional family roles, men are taught to undertake heavy domestic work while everyday household chores are only women’s domain. This is not just a stereotype but a pattern of behavior many people adhere to. As they say, “Boys imbibe this model of behavior with their mothers’ milk.” So, talking about traditional gender roles in society, men should do the following things.

As you can see, there is nothing bad in the traditional gender roles of spouses. However, since the modern world is changing quite rapidly, traditional gender roles undergo changes as well. Today, the society strives to innovate the current situation and keep up to date. Thus, in some countries, men are obliged to go on maternity leave for at least several months.

In the modern world, it becomes clear that women who work and earn money should not handle the entire household chores on their own. Women are the same people as men, they can also get tired, feel bad or want something bigger than just cooking or washing the dishes. There are different types of family budgets, and those who make the same contribution to it must be equal in other aspects of family life. If a man is not the main breadwinner, and a woman has taken a part of his “responsibilities,” then it will be fair if the man shares hers. You can either go along with this statement or not. Anyway, everything will depend on the country you live in as well as accepted norms which people are not ready to change.

Every country has a different understanding of female and male roles. Historically, women and men perform different work, but the specific types of work performed by different sexes don’t necessarily coincide. So, it’s possible to say that the gender roles are developed by a certain number of factors, including culture, religion and historical background. If you go to Eastern European countries, like Ukraine or Asian countries like Kazakhstan, you will see that people adhere to more traditional gender roles.

While more developed European countries like France, Germany or Spain accept new rules of behavior due to feminist movements, so their girls are ready to add a bit of masculinity to their images and try on male roles. Statistics of traditional gender roles in America is still ambiguous. Even though both genders prefer equal rights, many women are not ready to do men’s work and feel good about being housewives. So, Slavic people more adhere to the traditional understanding of gender roles in a family, man here is still perceived as a defender and breadwinner while a woman is a homemaker, beloved wife, and a mother.

A woman was the homemaker for long centuries, while everything that was related to the outside world was taken by the man. This, of course, gave him the right to consider a woman’s status much lower. However, in our time of technological progress, scientific discoveries and feminism, the situation has changed dramatically. A woman in modern society has a completely different status and vocation, she has other values and needs that make people reconsider views on the female role in today's world.

Girls are socially active, some of them work on equal terms with men, often earning even more. So, a modern woman is valued not only for her beauty, kindness, and domesticity but also for the ability to earn, efficiency, dedication, stress resistance, and courage.

Besides, talking about men, you cannot turn a blind eye to the fact that “soft,” even feminine masculinity has been in vogue for a couple of decades. Men are much valued not for their physical strength, activity, courage, ability to take risks but for intelligence, condescension, restraint, ability to communicate, empathize and care.

The role of women is no longer limited to the fulfillment of household duties, upbringing of kids and service to their spouses. Now, this position is considered outdated, and women, who are still choosing it, are perceived as supporters of conservative beliefs, who are almost voluntarily enslaved by men. Nonetheless, in fact, this approach is erroneous in specific situations, when a woman sees her vocation in preserving family values and does not seek to separate her own achievements from her husband’s successes. After all, not everyone is attracted by the implementation of personal ambitions, career growth and the status of independence, at least financially. Many women do not perceive these points as the main goal of their lives, preferring to fully serve their families. 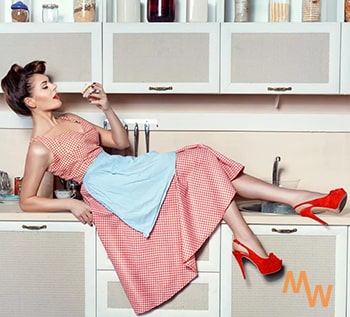 However, here comes another extreme, since a woman in modern society is treated not only as a housewife, a faithful wife, and a good mother. Often it turns out that the relatives and friends of girls inspire them that the most important thing in life is not a strong family but a stable social status. Therefore, they need to be financially independent. The arguments in this matter are the warnings that if the spouse suddenly leaves the family, and the children are left without a father or something terrible happens, the woman should be ready for this. In fact, the position of modern women implies similar concerns because divorce is no longer considered something reprehensible or catastrophic. So, the likelihood of the breakup grows every year: people become categorical and are often unwilling to tolerate even the slightest inconvenience in the marriage union.

The modern social structure sees a man and a woman as equal partners with equal rights and responsibilities. If earlier children could grow up in a family where there were an authoritarian dad and a submissive mom, nowadays children are born in the families where parents have non-traditional gender roles.

Equal status can in some way bother men because they need time to get used to the new sociocultural environment. The equality aspect leads to certain problems in the minds of men. Who will lead? Who will be the authority in family matters? A family may be in trouble, it's like a ship that is heading in a different direction.

Besides, sometimes, modern young people who are in their premarital expectations mix the traits of traditional and egalitarian families. According to surveys of future newlyweds (438 couples), 17.6% of young men focused on the pseudo-traditional family model when a husband is a leader, but he isn’t responsible for the material support of the family, and 28.4% of brides adhered to the pseudo-egalitarian model, in which both partners share household chores, but a husband remains traditionally responsible for providing the family.

To Sum It Up

A family is not only a couple who live together under one roof, but it is also a special union of like-minded people, who love each other and have their own responsibilities. The structure of gender roles was formed in such a way as to become a social attitude for people and help them in the realization of the tasks, laid down by society.

In the modern world, in most cases, both partners work and earn money, they have equal social status and financial independence. Nowadays, there is no clear definition of who should be the housemaker in the family, so both partners can choose who will handle household chores. Understanding and empathy are basic qualities that help keep the family together. If you cling to the outdated concepts of the last century, you can only make things worse.

Tweet
Join now
Comments (2)
Add Comment
Alhim
Despite the fact that since the beginning of the 20th century, studies of gender and sexuality have gone far ahead, changing the model proposed in sexology has not been easy. The concepts of gender and sexuality are still closely intertwined, and in many modern theories, sexuality is still associated with gender. But I believe that all people are equal and one day we will all come to realize it. Personally I help my girl doing house chores and she goes to work too.
01.05.2020 08:54
Daniel
Speaking of gender variation, it is important to consider the context of local perceptions and practices. For example, many Native American peoples have traditionally had a range of gender-diverse communities, including Zuni La’mana, Winkte, Alikh, and Hwama. So, different cultures have always had the diametrically opposite understandings of gender roles and what we see today is just the result of cultural globalization. It is only a matter of the time for such a concept as “gender roles” to be gone forever.
01.05.2020 08:54