What Is the 'Half Your Age Plus 7' Rule?

Love is a feeling that’s not subject to time, circumstances, or age. No one asks for ID before falling in love – the fire inside ignites instantly, but how long it will be burning depends on both partners, and the age difference plays a significant role here. Why do we pay so much attention to the age when it comes to love, and how does it affect relationships?

What is the best age difference for husband and wife that allows for keeping a family strong and having kids? There are many points of view on this question. But no matter where and who you ask it, most people would say that the wife should be a few years younger than her husband. This opinion comes from the time when life demanded such an approach: to get married, you had to ensure personal financial stability and prosperity, which typically took years and decades. A woman of the same age at that point was already considered old and unable to raise heirs. Since then, life has changed, but the opinion remained and evolved into the so-called ‘half your age plus’ 7 dating rule. Let's find out what it is and how age shapes modern relationships.

Is Age Important in a Relationship?

It’s an old question that usually arises when the first stage of a relationship is over. In the union of an older man and a younger woman (and vice versa), it’s accompanied by the question of morality, which, as a rule, also bothers young parents and complicates relationships even more. Nevertheless, if a romantic relationship with an age gap develops into something more serious and reliable, then the barrier disappears.

The age gap relies largely on the emotional aspect of a relationship since partners can move on only when they’re on the same emotional level. A younger partner must realize that their older loved one is always here for them, both in moments of happiness and through difficult times. It’s a weighty reason to consider the age difference when building a relationship. Another fact that proves the importance of the gap is that the life goals of people of different ages vary. A young partner may not want to burden themselves with responsibilities, such as children, for example. While the older one, on the contrary, already wants to settle down and enjoy the benefits of a happy family. Besides, younger people still have goals to achieve and a career to build, which may also take its toll on a relationship.

Some people treat age gap relationships with certain mistrust and believe that they can’t be strong and long-lasting. Their point is that older men only need younger single ladies for dating but not serious relationships. However, studies show that couples with an age difference are much more satisfied with their relationships than ordinary ones. They trust each other more and are less jealous compared to families where the spouses are of the same age.

The only thing that might bother partners with a big age gap is the attitude towards them in society. They have to deal with much more attention and curiosity, they’re discussed and judged; people expect them to break up and consider such relationships odd and doomed from the start, not believing in the sincerity of feelings. Disapproval of relatives and friends and constant comments from outsiders can result in a breakup if the couple isn’t ready for challenges, and one of the partners doubts their choice. But in all fairness, the same can happen to a family with is practically no age difference between spouses.

What Is the ‘Half Your Age Plus 7’ Rule?

So, the age gap is pretty important, and it shouldn’t be underestimated. But how not to cross the line where it does more harm than good? There’s a perfect formula that’ll help you figure out when a relationship is considered appropriate and when it makes people frown upon you. The rule is called ‘half your age plus 7.’

Naturally, this rule is unofficial but old enough to have affected several generations. There are dozens of references to it throughout the 20th century, but the oldest ones refer to French author Léon Paul Blouet and his 1901 work with an impressively romantic name ‘Her Royal Highness Woman and His Majesty Cupid.’ In it, Blouet presents a mathematical formula of the perfect age difference between the groom and the bride, which sounds like ‘half the groom’s age plus seven years.’ According to the half your age plus 7 meaning, you need to divide your age by half and, adding 7 to it, you’ll get the socially-acceptable minimum age of the person you can safely build a relationship. For instance, if you’re 34, and you’re browsing a single woman dating site, your best choice is someone who’s at least 24 years old (17 + 7), but not 23. 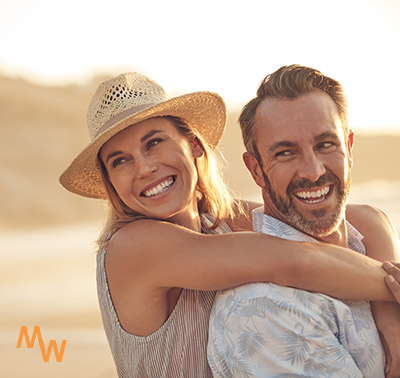 Over the past century, the rule gained significant popularity not only married couples but also dating partners. It has strongly marked gendered undertones, as it almost always applies to men. Female age is rarely halved. Besides, it doesn’t work for all couples and situations. At the beginning of a relationship, the age difference can’t be an indicator of its success. But since the age gap is often associated with different experiences and goals in life, some points should still be considered.

Do Scientists Support This Rule?

Often, half your age plus seven can’t adequately describe what people consider acceptable in a relationship, and scientists prove it. In 2001, researchers from the University of Groningen in the Netherlands studied the desired minimum and maximum age gaps by arranging polls in public spaces. The participants were anonymously asked what ages they’d consider normal for different relationship levels, like casual sex and sexual fantasies, falling in love, serious relationships, and marriage. Each level corresponded to a certain age group in a survey: 20, 30, 40, 50, and 60. For the best results, the number of male and female participants was almost equal – 70 and 67 respectively.

The team found that ladies were pretty consistent with their preferences over time: throughout their lives, ladies preferred partners of roughly the same age, even when fantasizing. For men, on the other hand, the acceptable minimum age gap got bigger as they grew older, with the biggest drop occurring around 40: at this age, they would prefer partners about 20 years younger.

How Does Age Affect Relationships?

Speaking of age differences, various factors are often involved. Many of them don’t really matter, but some do play a role in creating a long-lasting relationship. Here's what you should expect if your age gap is larger than the average age difference in couples.

Common interests are a tricky thing. The fact that you’re interested in different stuff might become clear right at the beginning or only after a few years. You know, one partner wants fun, while the other needs peace and quiet. If such conflicts of interest occur regularly, you’ll hardly avoid quarrels. On the other hand, peers may have different interests as well. If you want to build a happy family, you have to learn to compromise at least sometimes. This is the psychology of any relationship, not just those with an age difference in relationships.

Of course, anything happens, and the young partner needs to be mentally prepared for the fact that after a while, their spouse might lose ground, so to speak. But life expectancy in the modern world is growing, and its quality is improving. So there’s no reason to start panicking: if an older partner takes their health seriously, then nothing threatens their youthful spirit. Also, people get sick not only in old age. Sad but true.

Public opinion is perhaps the worst enemy you have to face. There can only be one piece of advice: never mind. If you truly love a person, you’re unlikely to seriously care what outsiders think in this regard. True friends will certainly support and accept you, and those who try to explain to you how young is too young to date aren’t friends. The main thing is that you feel comfortable in your partner’s company. Remember that your choice is your choice, and no one has the right to judge you.

As a rule, after 6-10 years of marriage in couples with a large age gap, overall satisfaction begins to decline rapidly. Over time, among people who have married to a partner much older or much younger satisfaction with the relationship decreases more than in couples with an acceptable age difference of 5-6 years. One of the reasons may be the reaction of partners to unforeseen difficulties, such as job loss. For instance, couples of the same age group make decisions regarding their relationship more coherently and are better prepared for financial problems. In contrast, financial shocks can reveal tension and incompatibility in couples with a large age difference. 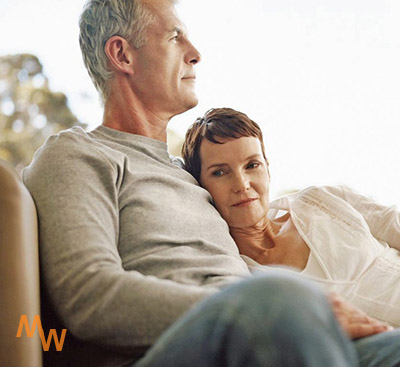 Experience shows that the percentage of parents who approve of a daughter’s marriage with an older man tends to zero. In fact, dad and mom aren’t enemies. They sincerely wish happiness to their children. You need to convince them that this particular person is your one and only and vise versa. And yes, you’re sure of that. Convincing may not be easy, but sooner or later, looking at how happy you are, they’ll understand. In fact, parents may be skeptical of any potential partner. Your task is to prove to them that you've chosen right, and the age difference isn’t an obstacle.

How to Make Relationships With an Age Gap Work?

An age difference is often the reason for breakups, but in actuality, it’s okay if your partner is older or younger than you. Here are some tips to deal with the age gap in your relationship so that you understand that this isn’t such a big problem.

Have you ever wondered why you’re dating a person who’s much younger/older than you? Maybe that’s because you share a lot in common? Focus on your common interests and forget about the age gap.

Treat your relationship as usual

If you have an age difference with your partner, this doesn’t mean your relationship is special or doomed from the start. You have the same relationship as other couples. After all, what is an acceptable age difference between couples? No one knows for sure, so why not just consider yours acceptable?

If your partner’s age is far from yours, the first thing you should do is to make your friends and loved ones comfortable with that. Find support from your relatives and people who close to you and can support your relationship. It will be much easier for you when there are understanding people around.

Make sure your feelings are strong

As in all respects, you must be confident not only in your partner’s feelings but also in yours. Feelings are especially important in a relationship with a big difference in age. If you’re sure you have strong feelings, then you’ll certainly cope with all the obstacles in your path.

Be sure of your choice

Another important thing in such relationships is to be confident in your choice. Don’t be shy about loving someone who’s younger or older. Only you have the right to decide who to date and who to love. Be confident and listen to your heart. The best age difference for marriage is the one that doesn’t make you depressed.

Age is a considerable factor in relationships because the life goals of people can be different. A younger partner may not want to burden themselves with obligations, while the older one is absolutely ready for them. All these distinctive points need to be taken into account. Only when the couple begins to follow the same path, their age difference gradually ceases to affect the relationship.