Polyamorous Relationship: How to Make the Most of It

We all fall in love with different people. In the modern world, a behavioral marriage pattern in the form of monogamy prevails. But there can be several such relationships throughout life. People conclude that when love ends, they don’t want to come up with romantic texts, and a mismatch of characters and a decrease in sexual desire are revealed.

The ability to simultaneously experience romantic feelings and sexual desire for several people is also an urgent reality for many. It happens that people live so for years, having lovers, and illegitimate children. These relations are not always known to spouses, and sometimes spouses pretend that they don’t know about it to save the marriage. Therefore, polyamory in the modern conditions of openness of information, globalization, and changes in the institution of family and marriage has its special significance. And although it is not a mass phenomenon, it raises some questions. So, what is polyamorous? 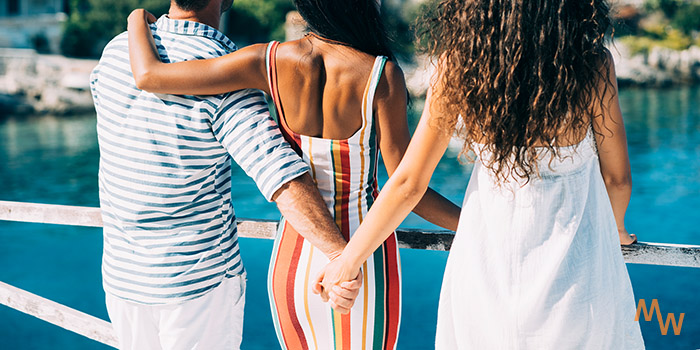 What Is a Polyamorous Relationship?

So, what is the polyamorous definition? Polyamory is a type of relationship in which people can have romantic and/or sexual relationships with several partners. An important aspect is a fact that participants in such relationships are aware of each other and don’t mind that. Men and women can even together visit a website to meet girls and guys. However, sex is not a mandatory component of polyamory. For example, a married couple has a polyamorous relationship, that is, they have one or more regular partners. They all love and accept each other, perhaps have sex, spend time together, etc.

At the moment, there are no clearly defined polyamorous relationship types, however, depending on their “closeness,” one can distinguish: group forms, open forms, and mixed forms. In the context of the group form, relations extend to a whole group of people and are limited only to this group. Open forms of polyamory don’t limit an individual in the number of partners, and it is often difficult to single out a specific group involved in these relationships. Mixed forms combine features of both group and open forms, and usually, this is the relationship between monogamous and polyamorous partners.

Why There’s So Much Buzz About Polyamorous Relationships Nowadays

At present, the monogamous type of relationship is not the only one. And so-called polyamorous relations are gaining more and more popularity among couples. However, in our society, the issue of polyamory remains almost unstudied, and many people consider such relations as a deviation from the norm. This can be understood because it is very difficult to distinguish between the concepts of “polyamory,” “polygamy” and even “betrayal” for the average person. So, this problem is worth sorting out.

A polyamorous type of relationship can be the absolute norm for people with progressive outlooks on life who are open to everything new. Such people are honest with themselves and their partners, they don’t want any secrets, jealousy, and distrust in their relationships.

However, if an individual is not ready to follow the principle of honesty in a relationship, then polyamory can even become dangerous. This can happen in situations when someone enters this kind of relationship only out of a desire to keep a partner. Accordingly, this ends with endless quarrels, jealousy, and even psychological trauma.

Polyamorous vs Polygamous: What’s the Difference? 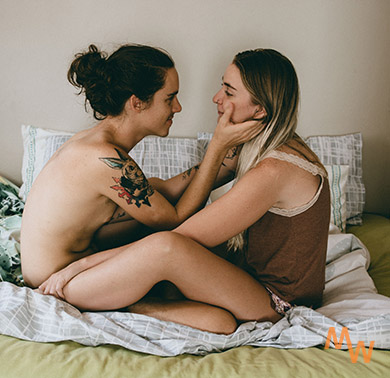 Both polyamory and polygamy describe multiple partnerships that are quite unconventional in modern society. Although several partners are involved in both cases, there is a clear difference between polyamory and polygamy since the first concept focuses on marriage, while the latter doesn’t. So, let’s figure out the polyamorous vs polygamy issue in more detail.

The conditions for the existence of polygamous relationships are described quite accurately. As a rule, they are guided by traditions and norms that go deep into antiquity. People have to follow certain rules that can’t be broken, otherwise the relationship will be ruined. Polyamory is primarily a union based on the agreement of participants.

3. All participants of polyamory relationships should be satisfied

Polyamorous vs polygamous – what to choose? Well, polyamory is not an open relationship of three or more partners. The main thing is that all partners participating in polyamorous relations accept each other. Everyone should be satisfied with each other’s choices and be positive about this. In polygamy, you don’t need to get consent and approval to be with several partners.

4. Polyamory is associated neither with marriage nor religion

Polyamory is not accepted by most people, but it is still not sexual licentiousness and promiscuous sexual intercourse of lascivious people. Polyamorous relationships are based, first of all, on the spiritual closeness of partners. So, what are the rules for this type of relationship?

1. Love is the main thing

In such relationships, love is paramount. Sex is not always in the first place, although it plays a big role. For example, in such a relationship, people may not enter into family relationships and have children. People are open and don’t have jealous feelings. In short, polyamory is a festive attitude towards life, when several men and women are very close, live openly, and don’t bother about this.

…unlike polygamous marriage where there is a hierarchy of family relationships. For example, in Islamic countries, where a man can officially have several wives, he is the head of the family. In polyamory, all relations are built on an equal basis. Such a friendly relationship may last long.

3. The number of partners is unlimited

According to polyamorous relationship stories, all rights and obligations in a polygamous family are rigidly distributed between husbands and wives. The number of participants is not specified. There may be three or more people. The main thing here is that the very possibility of having lovers is allowed. This doesn’t cause jealousy of partners but is taken for granted.

4. Love can be different

5. Sex is not the most important thing

People can set their own polyamorous relationship rules, for example, not to bring other participants of the relationship into the house where the partner resides. Besides, not all partners can have sex with each other. This format of relationships also implies an intimate level of interaction without sexual intercourse. Often polyamorous people are bisexual (but not all; sexual orientation is, of course, an individual thing). 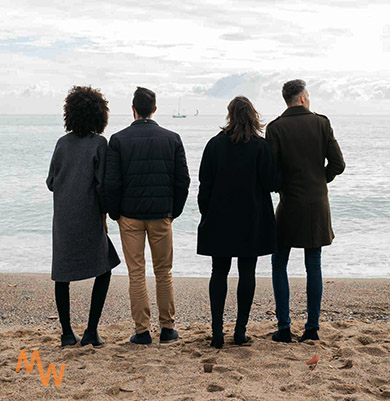 6. Everyone should feel well

Polyamory differs by ordinary human honest relationships. This is not treason; this is voluntary consent to create an extraordinary family. This type of relationship is increasingly gaining popularity precisely because of openness and mutual respect. The relationship can be based only on certain principles, first of all, it is respect and mutual understanding.

Polyamory is always (and especially at first) a little more stress. Actually, learning to talk about it is an essential part of this kind of relationship. First of all, people never deny their partners’ desires (unless they are on the list of what they will never do). At the same time, experts advise directly saying that they are not happy because of something. Openly and calmly calling for change, they only strengthen their relationships.

Stereotypes About a Polyamorous Relationship to Get Rid of

Polyamory can’t be called a way of life, rather, it is a worldview. Due to its complexity, many still don’t understand how this works. Here are some popular myths about polyamory that you should stop believing in.

Many think that it is countless sexual relationships. They can be understood because even the most convinced monogamous people experience lust about other people. But actually, they chose this worldview not for sex. In fact, they are building a kind of extended support space where some components are connected by sexual relations.

2. It is impossible to be a polyamorous person because people are jealous by nature

It’s hard to share, especially when it comes to something really important. Therefore, many think that polyamorous people are very jealous. This is actually not so. A person in polyamorous relationships learns to respond to jealousy with positive, rather than trying to shame his/her partner. Isn’t it an advantage of such relationships that everyone should learn?

3. Such partners are more prone to sexually transmitted infections

Polyamorous people tend to much safer behaviors than many of us. Studies show that people behave more carefully in non-monogamous relationships. A person realizes that he/she has sex with many other people and seeks to use only safe sexual practices. These people are much more open and informed about the lives of all their partners.

But despite the prevalence of such relationships, they are far from suitable for everyone – the slightest manifestation of jealousy, distrust or resentment and the polyamorous ship collapses on the rocks of poorly hidden monogamy. Polyamory is not only a lifestyle, but a whole system of values that bestows its adherents with love, care, and, great sex. So, don’t even visit polyamorous dating sites if you are not sure that you can handle such kind of relationships.